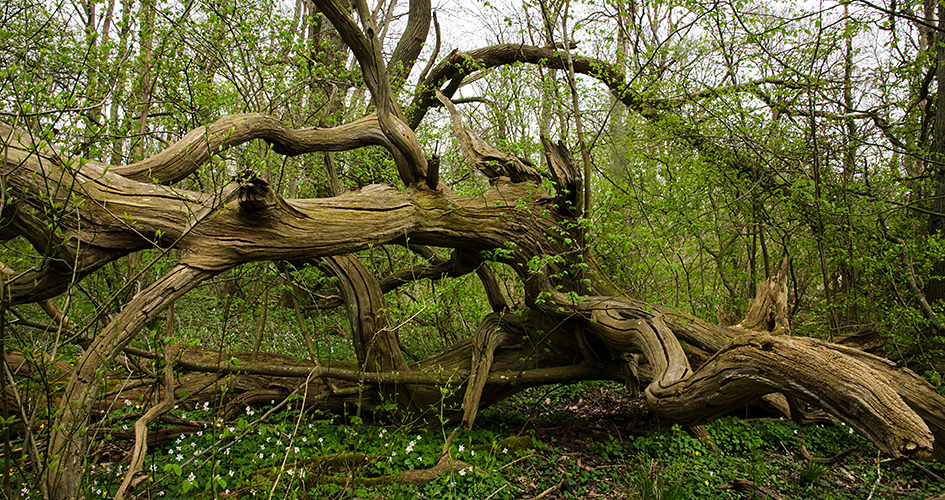 People and their grazing livestock have made use of the forest around Dalby for almost a thousand years.

During the Middle Ages the Söderskogen forest was owned by the Augustinian Monastery, which allowed its horses and those of the Danish court to graze in the forest. The land subsequently changed ownership between Swedish and Danish royal estates during the 17th and 18th centuries. There were large variations in how the land was grazed, and sometimes large-scale logging occurred. The horses grazed on Hästhagen, as Söderskogen was called at the beginning of the 19th century, up until the royal estate’s stud farm moved to Flyinge.

There are many interesting historical traces and remains in the area. Perhaps the most remarkable of all is Hästhagevallen, a wide, metre-high embankment encircling part of the park. Its purpose and age are unclear even today. Possibly the embankment could have served as a defensive installation. Another theory is that the royal estate had a fenced-in hunting ground here. Deer might have been driven down from the Romeleåsen ridge and surrounding land and assembled inside the enclosure where nobles and kings then hunted them.

When the area became a national park in 1918, both grazing and logging ceased. The forest was left to freely evolve. Since then the forest has slowly been transformed into a more natural state, and eventually it will give us a picture of how the surrounding landscape would have looked if it were allowed to freely evolve without human intervention.