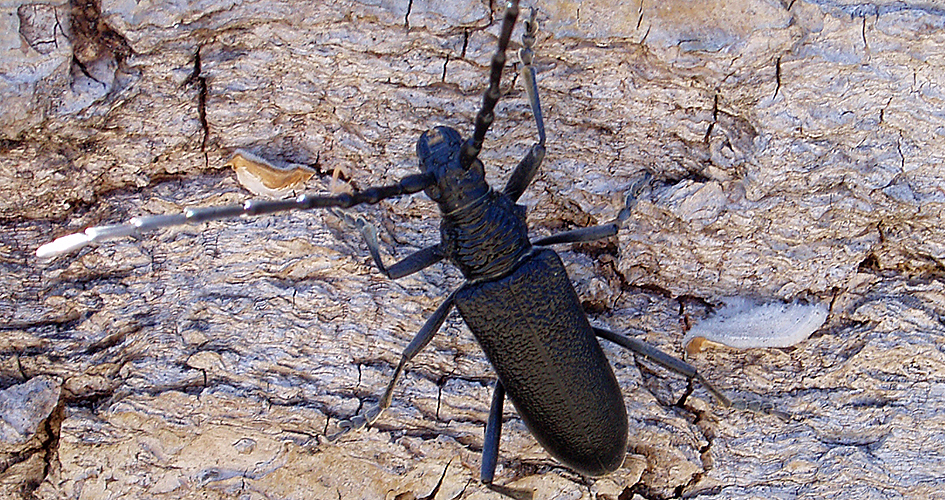 Despite its remote location in Kalmar Strait, wildlife flourishes – and insects in particular. Thanks to the old broad-leaved deciduous forest and the windswept pines, there is plenty of room for a number of unusual and fastidious beetle species.

Here the Capricorn beetle and the stately longhorn beetle can be seen sitting in flowers by the shore on sunny summer days. They often are accompanied by both the brown rose chafer and the iridescent green noble chafer.

In another sense, Blå Jungfrun is the island of birds. Rock pipits, kestrels and white-tailed eagles nest here, and in the rubble by the old quarry, you can still spot black guillemot. A large colony of black guillemot existed here earlier, but during the past 50 years the species’ population has sharply diminished, from 250 pairs to only a few occasional pairs during the latest season. Why the decline occurred is unknown.

There are no predators on the island today. Previously there was a large population of hares on the island, but after a number of hard winters, they disappeared, and today there are no mammals on the island except for bats. Grass snakes and the common toad occur to a limited extent.