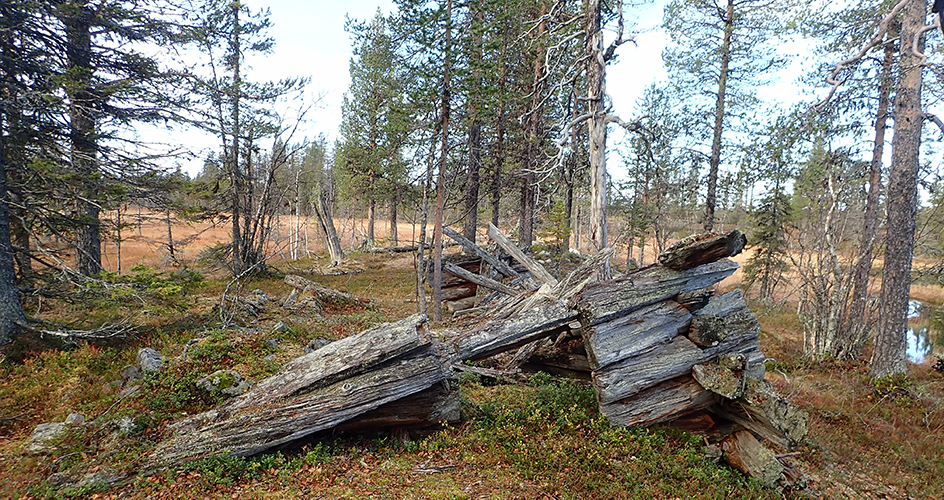 The old forests and marshland in Muddus/Muttos have always been an important area for hunting, fishing and reindeer husbandry.

As forestry began expanding during the 20th century, the remaining old forests became more and more rare and valuable.

Protection of forest and marshland

The value of protecting the old forest landscape and extensive marshes also became apparent from a scientific viewpoint. Discussions about making Muddus/Muttos into a national park began in the 1920s. The first scientific studies were conducted here in 1936. The forestry industry wanted to reduce the size of the projected national park by one-third, but it failed. After many years of strife over protecting the area, the Muddus/Muttos National Park was formed in 1942, in the midst of the hot war.

The park was expanded in 1948. The tourist cottages that exist today were built in the 1950s. Then they were primarily intended for researchers. Today they are used by skiers, hikers and riders who move in the area.

Forced transfer of the Sami

In the 1930s the Swedish government forced the transfer of reindeer husbandry from northern Sweden to Muddus/Muttos. Today the area is used for summer grazing by Gällivare skogssameby.